Top 5 Travel Adventures to Experience in 2018

A picture in front of the Big Ben with the London Eye in the frame, one with the sun setting on the Tour d’Eiffel, and another with you posing in the boats of Venice. Aren’t you tired of the same old places to vacation in?

Now picture this, a photo of you swimming with the whale sharks off the coast of Maldives, one with you on the summit of the majestic Mt. Kilimanjaro and another with you heli-skiing on the slopes of Alaska. Doesn’t this seem like a more exciting option?

So go ahead, break the mould and try these 5 exciting adventure sports in 2018.

Ever seen a hamster run in its wheel? That’s exactly what you have to do in Zorbing. It’s an inflated, transparent sphere which has two layers. There is an air gap between the two spheres which acts as a cushion for the participants and the spheres are held together by hundreds of ropes. If there are one or two participants, they are harnessed to the first sphere and if there are three participants aren’t usually harnessed.

There are dry and wet versions of the activity. You will have to go down a hill in the dry version while the wet version requires you to go across a water body. (Personally, I loved the wet version – it’s amazing fun!)

Zorbing was first established in New Zealand and of course, the best place to try this sport would be in Rotorua, New Zealand where it all began in the first place. 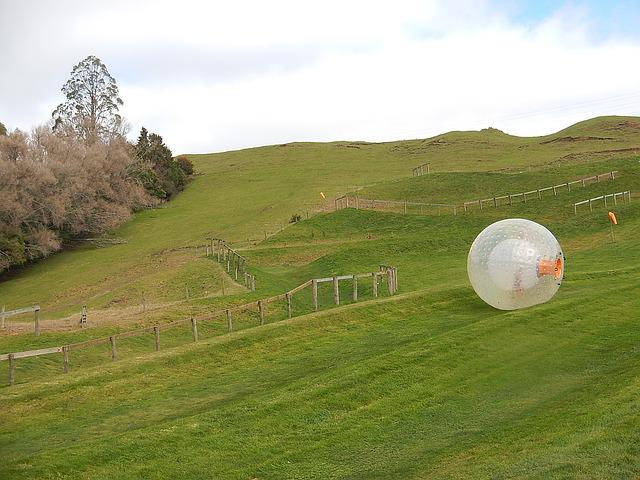 When one talks about adventure sports, can whitewater rafting ever be left out? It might be cliché but everyone must try this at least once in their lifetime.

This is to not be confused with river rafting. Based on the scale of International Scale of River Difficulty, river water is classified from Grades 1 to 6 based on difficultly level. Out of these six grades, 1 and 2 are considered river rafting while 3 and above are considered to be whitewater rafting.

Each raft (it’s basically a glorified rubber boat) consists of a group of 5 members. They are all required to be suited up in protective gear like life jackets, helmets, although nothing will protect them from getting soaked. It’s an activity for both adrenaline junkies and nature lovers alike – the swift rapids and scenic views are all part of the package.

The Zambezi River in Zimbabwe is filled with Class IV rapids and is a treat for the adrenaline junkies while the nature lovers can bask in the scenic nature and can even sight crocodiles and hippopotamus’s. The Ottawa river in Canada is a great option for beginners while the Pacuare River in Costa Rica will provide the best thrills for those who are adventurous at heart. 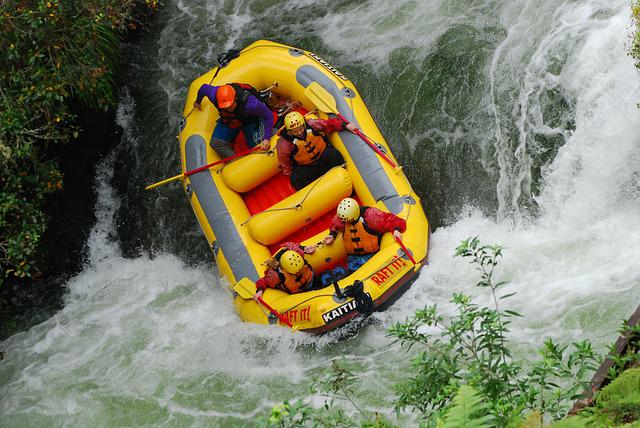 It might not be an adventure sport, but it’s an adventure for sure. Who wouldn’t want to swim alongside whale sharks? It’s an unforgettable experience for sure. While Whale Sharks might not be the most aggressive marine animals, it’s always advisable to maintain a good distance from them and not use flash photography disturb them. These Whale Sharks are almost always surrounded by other marine animals looking for safety from other dangerous predators.

The one place in the world where whale shark’s sightings are guaranteed all throughout the year is the South Ari Atoll in Maldives. Whale Sharks can be seen in the eastern side of the archipelago of the Indian Ocean from January to April and then can be seen in the western side from May to December.

This area is Marine Protected and snorkelling is a divine experience here.

Skiing is a recreation, sport, and mode of transportation that involves moving over snow by the use of a pair of long, flat runners called skis, attached or bound to shoes or boots.

Heli-skiing is the best option for those seeking out powder slopes far away from the crowds and lifts. It’s an adventure that everyone from a mediocre intermediate skier to a professional looking for some excitement can be a part of. While it may be a little expensive, it is definitely something everyone must do at least once if they ski.

You might not have to jump out of a helicopter like Jason Bourne once you reach there, but the ride itself will be wrought with anticipation and nerves, and once you reach the slopes and listen to your guide giving you instructions all you will be able to hear will your heart beat in time with the helicopter’s blades. Once you push off the slopes, the exhilaration you will feel will be one of a kind.

Alaskan and Canadian slopes are considered to be one of the best in the world. 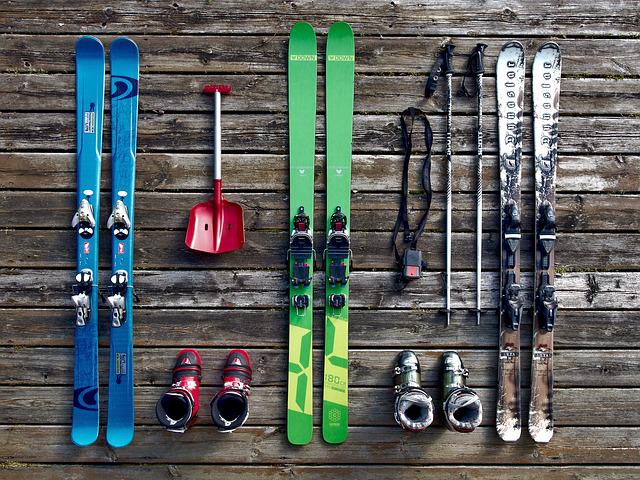 Mountaineering is something everyone needs training for. But for those who want to give it a shot without prior training, there is no better option than Mt. Kilimanjaro in Tanzania, Africa. Many might overlook this particular mountain, but it has something for everyone. Hikers have to go through five different ecosystems –

It typically takes 6 to 8 days to climb the mountain but many advise hikers to always take it slow and get acclimated to the thinning atmosphere and decreasing oxygen levels for the best possible experience. The availability of good toilets is rare, so one has to be mentally prepared for anything and everything.